Come To Raindance For… LGBT Stories 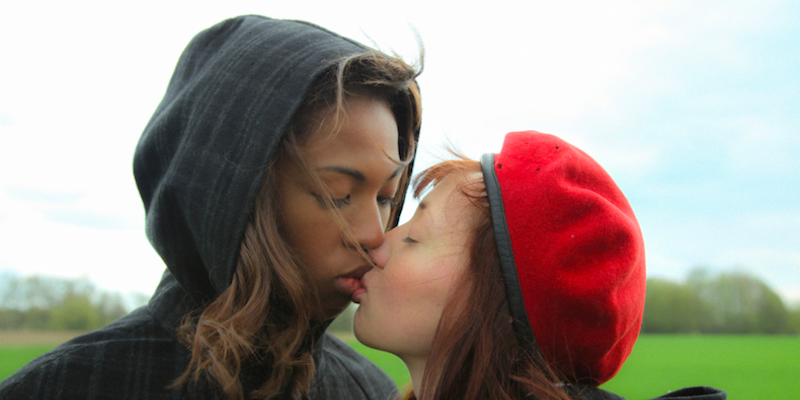 As a celebration of independent film, Raindance Film Festival aims to showcase the most groundbreaking and memorable stories out there. At our LGBT strand, we celebrate the work of filmmakers from around the world to examine the everyday life, complexity and diversity of the LGBT experience.

Here are four LGBT Stories to look out for at the 25th Raindance Film Festival.

Somewhere in Ger(wo)many … Big Mother (Susanne Sachsse) operates a school for wayward girls as a front for a radical lesbian terrorist cell – The Female Liberation Army.  When a young man running from the police happens upon this feminist headquarters, one of the girls takes pity on him and hides him in the basement. His presence eventually disrupts the household, revealing a number of unexpected secrets.

Book your tickets for The Misandrists

Aram, an Iranian Armenian youth who immigrated to the US in childhood, returns to Armenia for the first time to propose to an Armenian girlfriend he met and lived with in the US. Aram sees many cultural, religious, and national differences on the one day trip, but harder obstacles are ahead.

Book your tickets for Apricot Groves

In Tokyo’s Shinjuku district there are bars that specialize in “Urisen” – young guys who have sex with men. Featuring candid interviews and interspersed with animation detailing the awkward, sweet, and sometimes hilarious situations these sex workers experience, Boys for Sale boldly documents rare stories of life in the Tokyo underground.

Buy your tickets for Boys for Sale

Filmmaker Alex lives in a van. He sets up his camera in rural areas in the US, situated in no-man’s land near highways. During a visit to his former alcoholic mother, she shares with him a well-kept secret.

Buy your tickets for Discreet