Can you actually make money from an indie film? | Raindance

Can You Actually Make Money From An Indie Film?

Creatives generally don’t make great entrepreneurs because most of them have their heads firmly in the clouds which, frankly, is exactly where they should be. Subsequently scriptwriters and directors are often not much cop at the ‘business’ part of show business. The problem is that low budget filmmakers often have to straddle both worlds, as I found out when I both wrote and produced my first feature film ‘Trick or Treat’. Fortunately (or perhaps unfortunately) for me I used to be a banker and so I didn’t find it too difficult to grasp the financial side of making a film and, even more importantly, could give potential investors the impression that I did! I always asked myself this question: “Can you actually make money from an indie film?” 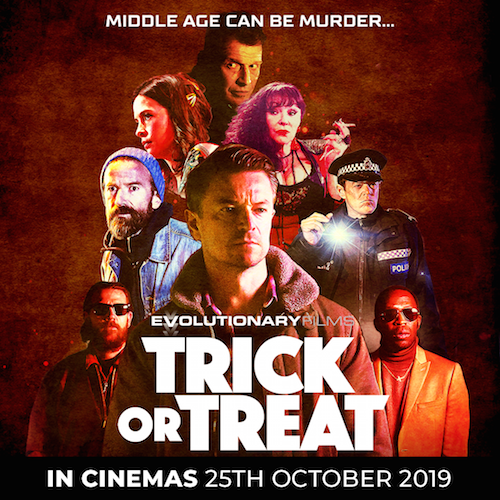 Whist film investors often want to get involved in movies for the kudos and fun, the reality is that most still want to turn a profit. Aspiring filmmakers need to get comfortable with the requisite ‘bread-head’ lingo and be able to answer all the tricky questions that will come their way when they’re presenting their business plan. I believe the lessons I learnt from my recent film-making experience will help newcomers to this industry make their investors a return – which after all may well be a pre-requisite to getting the opportunity to make a second film!

As far as I can see, the simple way to make investors make a profit is to create a brilliant film with the highest possible production values and the most well-known cast for the least amount of money. Of course, this is a little easier said than done! However, my seven-point plan below may just make this lofty goal slightly less impossible:

This may sound blindingly obvious but the only way you’re going to attract stars (who you’re going to need in order to attract finance) to work on a low budget film is if they love the script, so don’t do anything until you’re absolutely 100% happy with it. We only managed to get the likes of Frances Barber, Jason Flemyng and Shaun Parkes involved because they saw the screenplay’s potential.

For God’s sake try to avoid period pieces, dinosaurs, car chases and explosions! In fact, try to have as few actors and locations as possible. As screenwriting legend William Goldman said, you need a valid reason to have ‘fifty camels in central park’.

Make sure the special purpose limited company you set up to produce your film is SEIS (Seed Enterprise Investment Scheme) approved (or EIS if you’re after more cash and are making several films). SEIS gives investors 50% relief on their income tax as well as other tax breaks that actually mean only 11.5% of their capital is at risk (but unfortunately the amount you can raise is limited to £150K). And don’t forget to utilize the UK tax credit (offsetting 20% of legitimate production costs) and make damn sure your company is VAT-registered too.

Call in as many favours as you possibly can from friends, family, film students and actors you once met in a pub. This may well be a trick you can only pull once, so use it wisely!

Forget about paying yourself or your co-producers up front on your first film. Your debut movie is your calling card, or as they say call it in the retail industry, a loss-leader.

Try to pay cast and crew with as high a percentage of deferred payments and points (e.g. % of future profits) as possible BUT be scrupulously honest in dishing them out if your film shoots the lights out.

7.Get a great team

There are certain crew who will be vital in keeping costs low. They are worth spending decent money on because, if they’re any good, they will actually save you money. A tight-fisted, imaginative line producer and First AD are worth their weight in gold.

So, to use a real-life example to illustrate what a British indie film needs to do in order to make a return, let’s look at my movie Trick or Treat, which cost £400K to make. That cash came from the following sources:

Taking into account our sales agent’s commission and their marketing costs, my spoddy spreadsheet tells me Trick or Treat needs to make gross revenues of £350K to give my investors the 20% return I ‘promised’ them (taking into account the 50% tax break they’ve already received). It’s a long shot but, with the right headwind, it might just work!

Trick or Treat is headlining the Marbella Film Festival and will be out in UK Cinemas from 25th October and then our fantastic sales agent will be selling it internationally at the American Film Market with a digital UK release to follow early next year. It’s too early to say whether it will make a profit for our investors (and the BFI stats suggest only 1 in 10 British indie films do actually ‘make money’) but all I know is that we’ve done everything we can to make sure it does… now only time will tell.

If it’s good news I’ll report back but if it’s not… this may well be the last time you hear from me!

Geraint Anderson (@cityboylondon) has recently written and produced a feature film ‘Trick or Treat’ that is headlining the Marbella Film Festival and will be released in cinemas on 25th October. Follow its progress on Facebook.comor Twitter