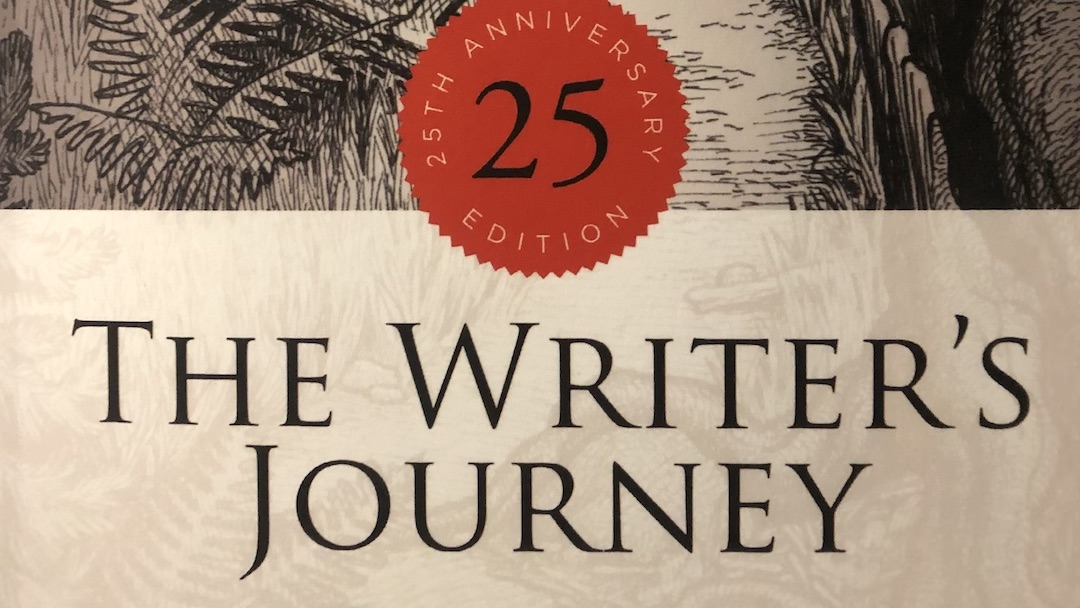 Once upon a time, a story analyst wrote a memo while working at the biggest entertainment corporation; that memo became a staple of the film industry, before becoming the alpha and the omega of books about writing: The Writer’s Journey. That story analyst is Christopher Vogler. He had discovered the work of Joseph Campbell, a professor of literature whose book of comparative mythology, The Hero with a Thousand Faces, had struck a chord with exciting filmmakers such as Steven Spielberg, George Miller and, famously, one George Lucas.

The Hero’s Journey to Hollywood

Campbell’s work studied patterns in major religious practices across the world, well beyond the three major monotheisms, and found one pattern that united them all. In doing so, he elaborated a theory of the archetypal hero, and the hero’s journey, sometimes referred to as the monomyth. He identified a pattern that was, in effect, a story that all of humanity, an intrinsically narrative species, is drawn to.

As Campbell’s work isn’t necessarily easily digestible to development executives, Vogler took it upon himself to write a memo summarising it for his colleagues, as a guideline of what could work in script form. This memo quickly spread like wildfire and became an industry standard. Vogler expanded this memo into a book, The Writer’s Journey, published by Michael Weise Productions. The book is now returning in a 25th Anniversary Edition.

From the moment it was published, Christopher Vogler’s book reached far beyond the intended audience of the Hollywood community and screenwriting courses across the United States. It took a life of its own as a guidebook to writers, creative of all stripes, as well as social workers, product designers, marketers… The reason for that is that Vogler draws a map for a protagonist, be they a hero in the mythical sense of the word or not, to face obstacles, to find strength and overcome their challenges.

In the first part of the book, Vogler establishes the main steps of the Hero’s Journey, and the characters that populate it. We explore the archetypes that populate the story, their psychological and dramatic functions, and what variations of those archetypes we may encounter from one story to the next. In the second part of the book, we embark on the journey, and follow the twelve steps that the hero follows, leaving the ordinary world, meeting the mentor, going into the woods and returning changed, with the elixir in hand.

Christopher Vogler takes you by the hand gently at the beginning, and never lets you go. This book might well have become a verbose work of admiration for the groundbreaking work of Joseph Campbell. But Vogler has known to stick to the same purpose with this book 450-page book that he had when he wrote that seven-page memo all those years ago at Disney. We are here to make good stories: so let’s figure out what works and explore and marvel at all the possibilities before us. The intent to empower storytellers to use Campbell’s seminal work permates through the entire book: it is not just a fascinating, enriching and rewarding read: it makes you want to finish the book and sit down to write, knowing that you are back from the woods and have now found your own elixir.

A myth unto itself

Where Vogler adds to Campbell’s work is when it comes to the craft of screenwriting. The Hero with a Thousand Faces was, after all, a work of comparative literature, and only inadvertently became a bible of its own to a generation of filmmakers. Therefore, Vogler makes sure that you are taken care when it comes to the craft of writing, and reminds you that the hero’s journey is but one element of your own writer’s journey. This section has been significantly enhanced for the 25th anniversay edition, with further guidance on scene building and further tools that you will need as you are creating.

This is a book of extraordinary richness, sage guidance, and wonderful insipiration. Vogler’s stroke of genius was to turn Campbell’s analysis into practical tools for creatives. In doing so, he has written a work of epic proportion whose ramifications and uses are near-endless. The Writer’s Journey has rightfully become a myth unto itself.

The Writer’s Journey, by Christopher Vogler, is published by Michael Weise Productions.