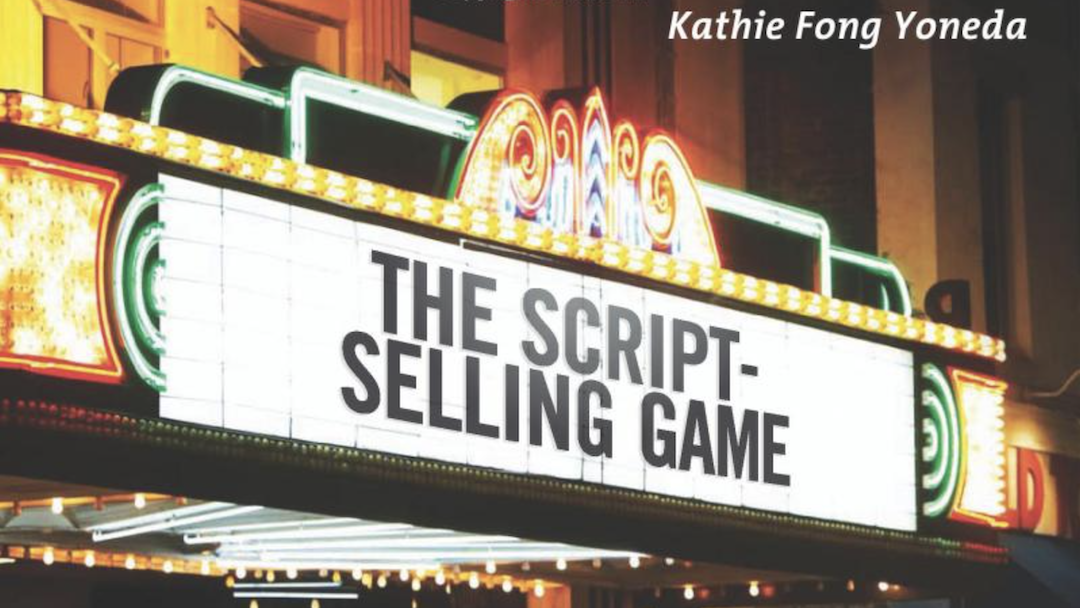 Each screenwriter’s aspiration is for the story to get bought, produced and put on the screen. Yet most of what screenwriters have to learn in school or in their training relates mostly to craft: story, structure, characters… and very little to what happens once their script is done. Kathie Fong Yenoda’s terrific The Script-Selling Game endeavours to demystify, clarify and generally give insight into this lesser-known, sometimes murky territory that writers don’t know too well: the things that are a writer’s job and yet have very little to do with writing.

Author Kathie Fong Yoneda has over 30 years of experience in story analysis and development at major movie studios such as Paramount, Columbia, MGM, Universal, 20th Century Fox, and Disney, working on both live-action and animated projects. Having scrutinised over 20,000 submissions across film, television, novels, plays and web series, this book shares her tremendous insight into what gets a writer across the finish line.

For such a succinct book, the author shares a lot of tips, dos and dont’s, and advice ranging from the general (how to create more opportunities for yourself) to the very specific (deciphering industry terminology as well as letting you know what is expected from a writer in talks to sell their script).

From her experience, the author knows how a buyer in a position to purchase your script thinks, what their constraints are, and what they’re looking for. In the first instance, the book lets you know what the dealbreakers are with what you are selling. In the first instance, you are selling a script, and you need to make it ready for a reader: are the characters well-rounded? Is the storytelling lean enough? Do you know who your target audience is? Once you consider a script to be done, the questions provided by the author will prove invaluable to ensure that your product is ready.

The author also covers extensively how to approach meetings, and how to sell not just your script, but yourself too. A producer purchasing a screenplay also buys into a relationship with its writer, so you, the writer, needs to understand how to sell yourself too. You need to convey that you understand the rules of the game and know how to play it. Kathie Fong Yoneda’s candid induction into this world will help you refine your understanding of the industry and hone your meeting, pitching and development skills.

How to play the game

The wonderful insight at the heart of Kathie Fong Yoneda’s The Script-Selling Game lies not just in the tremendous, clear insight of the film industry that she provides to the reader, it lies in the clarity with which the books conveys the soft skills that a writer needs to have in order to play -and win- the game. This second edition, augmented from the original 2002 edition, now also contains chapters covering writing content for the internet, and the animation field.

The author’s consistently engaging and encouraging tone is sure to help writers navigate the film and television industry landscape like no other manual can. This book is not just the rules of the game, it is the map to the treasure with all the obstacles along the way and how to surmount them.

The Script-Selling Game, by Kathie Fong Yoneda is published by Michael Wiese Productions.

Ask a question about screenwriting classes at Raindance