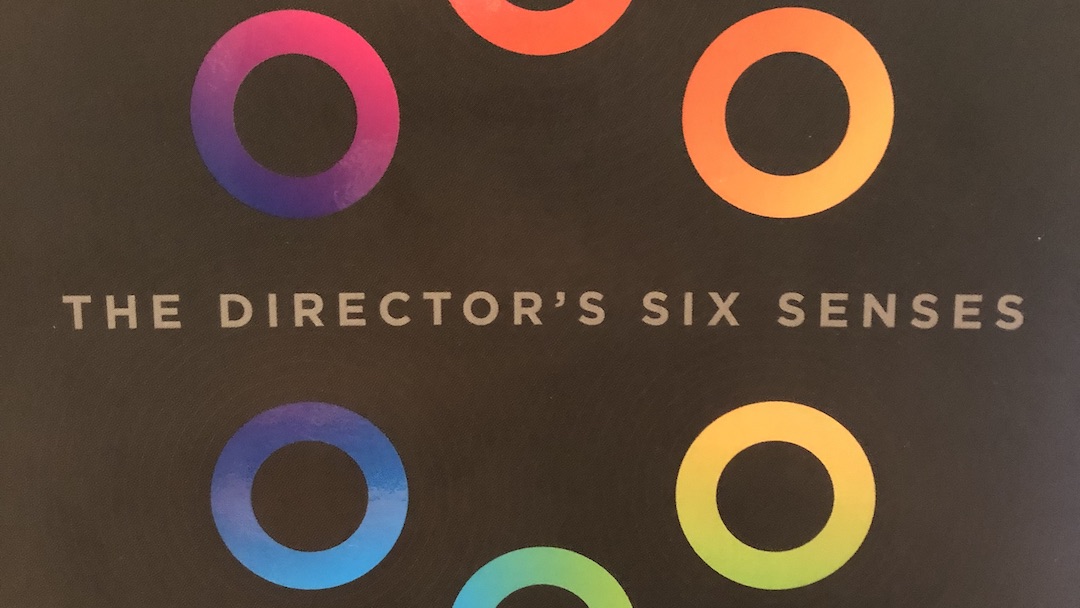 The director is the crucial crew member through whom all creative decisions of a film go. They’re responsible for the creative integrity of the project, and for all the ends up on the screen. What the audience sees or doesn’t see is their decision. As Martin Scorsese puts it, cinema is the art of what is in the frame, and what is not. However, the highest compliment you can pay to a film is when it is a deeply sensory experience: we’ve had these moments when you are writhing in your seat, curling up in dread, want to yell at a character to not go into the basement… At its most powerful, a film will be in immersive experience: you will pay for the full seat and only use the edge for the duration of the film.

In his new book, The Director’s Six Sense, Simone Bartesaghi explores how the director can approach a film beyond just their visual sense, and how harnessing the power of all their senses can develop a director’s filmmaking skills.

The author, an award-winning screenwriter and director himself, who also teaches at Santa Monica College, opens with a reference to the introduction of Sidney Lumet’s Making Movies, in which the legendary director relates a conversation with Akira Kurosawa about a particular shot, and the Japanese filmmaker said that if the camera moved one inch to one side and you would see a factory, and one inch to the other and you would see an airport, both of which would be problematic for a period piece.

So you can never assume what goes into the making of an image. However, this book aims to engage the director fully in order to undersand both the constraints of the practicality of a film shoot, as well as how a director can heighten the experience of audiences by heightening their awareness of their own senses.

Sight is obviously the most important one, and Bartesaghi explains how to make each frame resonant. Where the book goes deeper and is especially rewarding is when we tackle the senses not usually associated with the director’s craft.

With touch, we explore production design and how to give a film its texture. With smell, the director reading the book is encouraged to use this sense to always have a sense of the truth in the story and in the work with the actors. With hearing, the author reminds us of how the sonic experience of a movie can make or break the images that are put on the screen, and how a fully realised sound design will ellicit deeper reactions in an audience. With taste, we should realise what the audience feels at any given point in the film, what emotions does each scene provoke, and what taste are you leaving your audience with in their mouth?

Raising consciousness for all

By making the director experience filmmaking through their own sensory approach to the world in a way that hasn’t been done before, you find yourself newly engaged in the filmmaking process as a director, and even as an audience member.

At the end of each chapter, the author gives you an assignment in order for you to start experiencing this sensory approach to filmmaking, and to heighten your awareness of your own senses with regards to filmmaking. This way, you will be able to start engaging with all of your senses throughout your creative process.

But what is the director’s sixth sense that Simone Bartesaghi tackles? That is vision. Vision is the sixth sense that seeps into the other five. Vision is what makes a director, and what will transcend the celluloid to make a film a full experience. The author goes in depth with how you can and should work to establish your vision and convey it to your collaborators. Finally, a marvelous chapter entitled “do or do not, there is no try”, he explores what the implications of engaging all your senses in your film direction are.

Simone Bartesaghi has written a concise and deep book, that will challenge your assumptions and conceptions of what directing is. In this exercise in consciousness raising for directors, you will find yourself regenerated and inspired anew to explore your craft more deeply, in a way that will be more rewarding for yourself and your audience. It’s an enlightening read.

The Director’s Six Senses, by Simone Bartesaghi, is available from Michael Weise Productions.