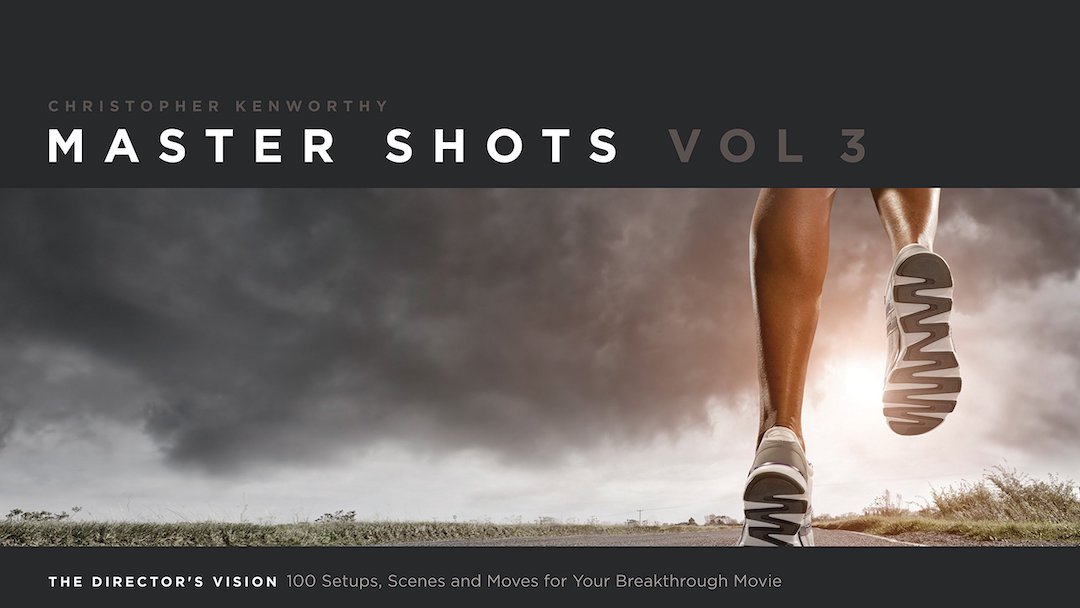 Directors are always on the hunt for new ways to tell stories. It is a widespread misconception that creativity is budget-dependent. The truth of the matter is that creativity is dependent on, well, creativity. That means: how do you use the tools that you know, with the resources that you have, and join the dots in a newfound way. As a director, you will want to get your hands on the third volume of Christopher Kenworthy’s Master Shots books.

The Master Shots series of books already contains two volumes. The first one covered the fundamentals of dramatic situations that a director will need to tackle, such as suspense, revelations, dramatic shifts, chase scenes, and dialogue scenes. Now in its second edition, the book has bene enhanced with feedback from readers over the ten years when the first edition was in print. Every picture has also been reprinted in higher resolution, providing a clear map for shooting exactly what is needed. Examples are used from popular films that best demonstrate the shot in question’s impact.

The second book continued with the unfussy, straightforward and hands-on approach that made the first one such a success, and explored further dramatic situations, to expand on your toolbox: power struggles, connecting characters, revealing plot…

Setting up your own master shots

In this third volume, Christopher Kenworthy develops further aspects of directing that will refine your practice and make your film richer. The author has taken many suggestions from readers over the year and now delves into the more precised aspects of visual grammar, such as lensing, motion, framing, camera height, or staging.

Not only are the Master Shots books a world of riches for directors who need to expand on their storytelling skills, they also provide the reader with an understanding of what the director’s job is and, crucially, how do they develop a vision that they will then translate into a compelling visual narrative.

In a world where audiences are more and more visually literate, what will set you apart is not what shots you use, but the vision that permeates how you put those shots together. To that end, those books will be invaluable to all directors out there.

These books will also prove themselves to be a great resource to writers, producers and actors, who seek to understand how directors work, how scenes are set up and how engaging visuals are made.