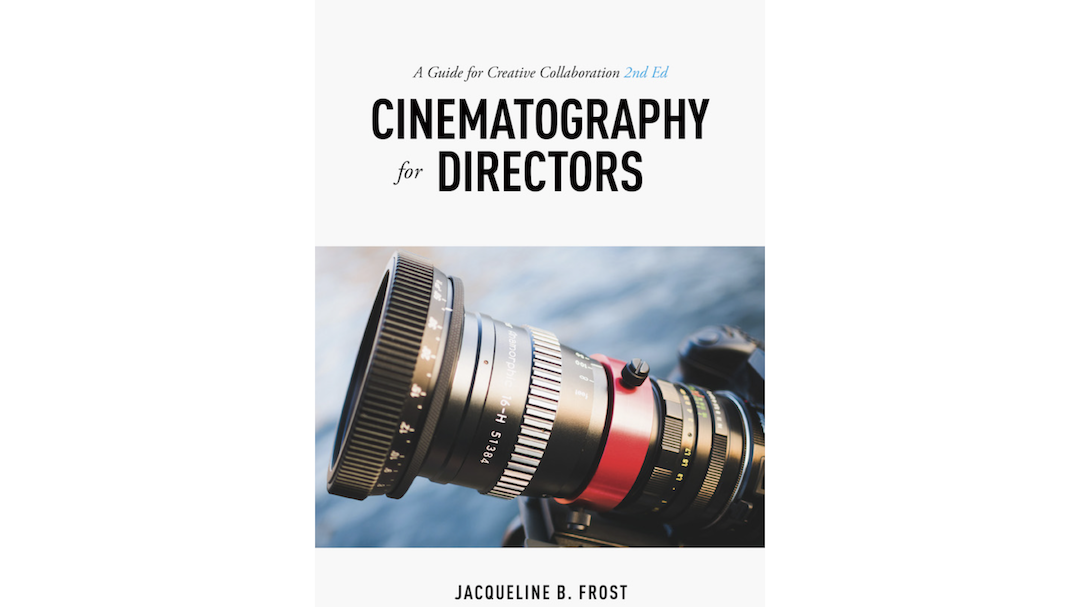 The relationship between the director and the cinematographer is an especially complex one. As the person responsible for what is captured by the camera and how it ends up on the screen, the director of photography is one of the most essential people working on a film project. They are one of the director’s closest collaborators, and their relationship can make or break a film. Some cinematographers will be more, shall we say, assertive (controlling), and some will also work symbiotically and sustain a collaboration across a great number of projects. Some directors, such as Alfonso Cuaron and Steven Soderbergh, have also worked without a cinematographer, though they are few and far between and can be counted on one hand,

This relationship is what is at the heart of Jacqueline B. Frost’s essential book, Cinematography for Directors, now in its second edition, courtesy of the ever-reliable Michael Weise Productions. Through balancing interviews with working established cinematographers and the technical, aesthetic and historical side of cinematography, this book guides directors toward a more powerful collaboration with their closest ally, the cinematographer.

A Guide for Creative Collaboration

The book promises to be a guide for the creative collaboration between the cinematographer, and it delivers on this promise, and much more.   Each chapter looks at a step of the relationship between the two filmmakers and outlines what steps a director can make to ensure as smooth a collaboration as possible, beginning at one of the more crucial phases: selecting your collaborator. The relationship between those two people is both a professional one, and an artistic one, so they need to be aligned in their visions and what they want to achieve on the project. So they need to connect artistically as well as share a perception of the script. Even frequent collaborators may not respond similarly to a screenplay, and spending time with the written word is an essential preliminary step for the success of the project and what will end up on the screen.

With both a historical perspective as well as a firmly practical approach as well, the book will take you pedagogically and serenely through the steps of the collaboration and all the necessities that need to be established in the collaboration, including lenses, working with visual references, establishing a colour palette, the constraints of genre, and whether you should rely on the “fix it in post” dictum. (It’s very inadvisable.) Even though this masterful book is addressed to directors, the depth of the exploration of its subject matter is such that it should be a compulsory read for all filmmakers: directors, cinematographers, producers, and even writers.

A second edition of Cinematography for Directors

At nearly 300 pages, Cinematography for Directors crams in a lot but without ever making you feel the weight of its own science: it is never heavy-handed and always thorough. The author Jacqueline B. Frost sprinkles her own wisdom and methods with quotes from some of the best cinematographers working today, including Robert Richardson, Rodrigo Prieto, Darius Khondki, and explores their working relationship with luminaries such as Oliver Stone, Quentin Tarantino, Martin Scorsese, Woody Allen, and many more. This textures the book with anecdotes and experience from professionals at the top of their game who exemplify what directors should look for in a cinematographer: they are artists with a vision, craftsmen able to execute their ambition, and generals who know how to communicate their plans.

In this second edition, the augmentations made by the author generally relate to the changes the industry has undergone in the years intervening since the first edition. This is mainly relating to the tectonic transition from using traditional film to digital cinematography, and what has been the expansion of the role of the cinematographer from an essentially on-set role to that oversees the delivery of the final images until the post-production process.

For the nostalgics among us, the author has nevertheless kept the sections relating to the use of traditional film, and that part remains as rewarding and engrossing as the rest of the book that covers digital.

The fact that this book was written by someone who is both a professor of the subject, as well as an accomplished practitioner, makes an embarrassment of riches for anyone looking to increase and improve their knowledge on the subject of the relationship between the director and their cinematographer. By taking you, chapter after chapter, through what is clearly a great amount of research as well as a wealth of experience, you feel taken care of and bolstered, and want to drop the book -after you’ve finished reading, of course- and go find that ideal cinematographer.

Cinematography for Directors – A Guide for Creative Collaboration (2nd Edition) is written by Jacqueline B. Frost and is available from Michael Weise Publications. You can purchase it at this link.