The British Independent Film Awards was founded by Raindance in 1998 to honour and celebrate independent films made in Britain. Previous winners have included Billy Elliot, Slumdog Millionaire and The King’s Speech.

If you are a fan of independent films of the British persuasion, follow @BIFA on Twitter for useful tips and live updates form the event itself.

Read all the 2012 BIFA nominations here.
The winner will be announced on Sunday 9 December 2012.

Here is a brief introduction to the nominees for the Douglas Hickox Award for excellence in their directorial debut.

Bart Layton for The Imposter

“I want audiences to go on an emotional journey and to leave the film with their heads buzzing with thoughts, questions and debate. It’s the kind of film I hope people will want to go and discuss at length afterwards in the pub. I don’t want to reveal too much of the narrative ahead of people seeing the film but there are some twists in the story that I don’t think anyone would be likely to predict and I hope people will discover and respond to those when they see the film. I hope the film ultimately speaks to thoughts and ideas which are bigger than this one particular story – about the lies we want to believe and the truths we construct for ourselves.” 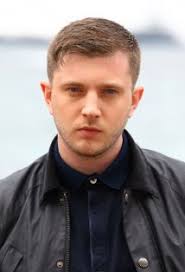 “I just wanted to say, ‘They’re not all scum’. They act the way they do because of the shit that happened to them that wasn’t their fault. It’s not your fault if your parents abandon you and put you in a home. It’s not your fault, but there comes a time when you have to take responsibility for your actions. But for a lot of them, there’s no one there saying, ‘All that shit that happened to you in the past is fucked up, man, and I feel really sorry for you, but you’re just repeating that bad and negative energy through what you’re doing and you can’t keep blaming the past for the way you’re acting now.'”

“It’s a story of brotherhood, camaraderie and the ties that bind four lifelong best friends as they set out on a journey to help one find redemption.”

“It’s a coming-of-age story in a full-on way. It’s about this 11-year-old girl called Skunk and a few months of her life in her community. There are some dark scenes, but it’s also very joyful and there’s a line of humour running through it. There are themes of parenting, too. I’m a parent, and if I had a daughter, which I don’t, I’d want her to be like Skunk. It’s a very emotional film and full of love.’”

Sally El Hosaini for My Brother the Devil

“Make the films that you most want to make. There isn’t a type of film that a woman should make because she’s a woman. It doesn’t mean you have to do a film about women if you’re a woman. Be true to yourself and tell the stories that inspire or excite you. Don’t be afraid to put yourself forward. I think one of the differences psychologically between men and women in the workplace; men are much quicker at taking credit for what they’ve done for themselves and if complimented, they’ll say thank you. Whereas women will often credit the people who brought them to that point and say ‘oh thank you, but it was really X, Y, Z who taught/helped me’. I think women need to be more proud of their achievements and more forthright and go for it”