An Actor’s Approach to Filmmaking 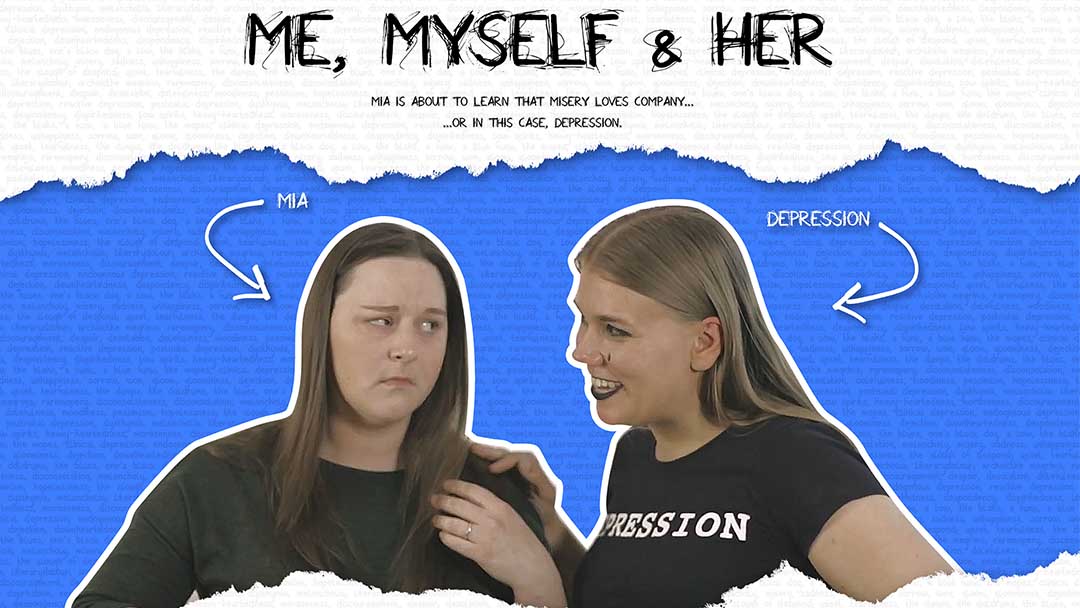 So let’s suppose you’re an actor and everyone around you from agents to casting directors and fellow actors are all urging you to create your own work. But you’re an actor, you’ve been trained to tread the boards and shine on the silver screen not point cameras or edit footage. This is not your field. But time and again you’ve seen your peers take their career to the next level with a web-series, short film or podcast.

This strategy is definitely working and you want in. But how would you even get started? As a classically trained actor recently turned actor, writer & producer I can share the insights I learned on the way to becoming a member of the multi-hyphen tribe. Last year I threw myself in the deep end by writing, producing and starring in two web-series ‘Me, Myself & Her’ and ‘Mordecai’s Girl’. Here are few of the things I learned on the way:

Start small and pace yourself.

Don’t try to run before you can walk. Even though I wrote the script for the higher production value Scandi-Noir Mordecai’s Girl first, I started by filming Me, Myself & Her first, which had a simpler comedy style to it. Keep your crew minimal and your script simple on your first project.

The learning curve is steep on your first project.

You’ve entered unknown territory. You will make mistakes. You’ll face-palm numerous times, you might even call yourself an idiot. Cut yourself some slack. On my first shooting day I forgot to bring an SD card for the camera. Thankfully my camera operator brought several back ups.

You’re going to be overwhelmed.

This is normal. You’ve entered unknown territory, remember? You’ve said goodbye to your comfort zone. But as any lifecoach worth their salt will tell you, everything you want exists outside your comfort zone. This is why having a good team is very important.

Find people who know more than you. Find people who you like and trust, people you work well with. Filmmaking is a group endeavor and you can not do it alone. This is even more important on your first project. Some of the people that I hire again and again for my projects worked on the very first shoot day of Me, Myself & Her. The editor who never mocks me when I have no idea what his technical terms mean to the production manager who always seems to know the exact moment I need a break and an energy drink. These people are worth their weight in gold.

Don’t be afraid to delegate.

You don’t have to do and know everything, leave the boring stuff to someone else. Maybe the prospect of editing makes you want to cry tears of boredom, maybe it’s the prospect of directing that leaves you queasy. Whatever it is, find someone else to take over. I always knew I never wanted to personally direct my own projects. I’m not a particularly visual person and I don’t know how cameras work. My strengths lie in storytelling. I was lucky enough to already be very close friends with an amazing director Jo Hewer who understands the vision I have for my writing.

Showcase the skills you are best at.

I’m strong at comedy, even though dark brooding Scandi-Noir feeds my soul on a deeper level, I made sure to produce some more crowd pleasing comedy as well to market myself with. Weaving some darkness into the comedy kept my creative side happy as well.

Harvest the people you already know.

Chances are you already know talented people; writers, directors, crew etc. Make sure you dig deep and find out the extent of people’s skills. Someone you know as only a writer might also have camera operating skills. A lot of actors know how to edit. One of my secret skills is sewing and I’ve made countless costumes for productions even though I don’t advertise this skill.

If you don’t know enough people, fear not they are out there.

Ask around, your friends will know people, attend networking events. I’ve found countless collaborators through Raindance networking events. The events are fabulous because everyone in the room wants to be involved in making films.

This can be a huge disappointment. You’re friends, what could possibly go wrong? But being friends and working together can be mutually exclusive. You’ll soon learn which friends you can work with and which you can’t. Keep the latter group for pub outings and birthdays.

You will learn by osmosis.

When you start on this crazy journey you might feel like you’ll never be able to learn everything. You will learn a lot about all areas of filmmaking simply by being a part of a team. No knowledge is wasted in this industry.

It’s easy to get sucked into what’s popular, what sells and loose your passion along the way. Loving your own work is what will help you finish the project. Because one of the biggest things you realize when you start filmmaking is that being on set is fun but postproduction is hard work.

When you get that ‘this doesn’t feel right’ feeling in the pit of your stomach, listed to it. If I’d followed my own advice it would have saved me an entire re-shoot day.

This doesn’t mean you’re not an actor anymore.

One of the most surprising things to happen during this venture was the identity crisis I had in the midst of it. I was worried I would be seen as a jack of all trades, master of none. Now I know this whole experience has made me a better actor. People with several strings to their bow are interesting. This means you will become more interesting and far more employable. Win-win. I get a lot of comedy auditions because I now have a proven track record with Me, Myself & Her. This is exactly why creating your own work is such powerful tool for actors.

Having control over your work is addictive.

Filmmaking is addictive. I started this stint with the aim of boosting my CV and having more showreel footage and now I can’t imagine a future where I don’t also create my own work alongside my acting career.

So next time you have that idea for a sketch or scene, don’t brush it aside because you’re only an actor. Nurture it. Explore it. Then make it.

Annina Kaski is a London based actor, voiceover artist, writer and producer with Finnish roots. She’s the writer, producer and star of two webseries ‘Mordecai’s Girl’ and ‘Me, Myself & Her’. She likes to jump between bleak drama and absurd comedy in her writing and often explores the topic of mental health in her writing.