Contrary to popular belief, the film production crew is made up of more than just the director, the actors, the producer and the editor. Even if you don’t want to be any of the above jobs, you can still make a big difference in the film industry!

To inspire you, here are a number of underappreciated film roles that’ll broaden your view on what makes up a film production! If you’ve ever watched Monty Python and Holy Grail, you might have noticed the major role that coconuts play throughtout the movie. Aside from initiating one of the most heated debates about African and European swallows of all time, coconuts are used to create the ‘clopping’ sound of galloping horses in the film–creating the sonic illusion that they exist on-screen.

If you fancy being like King Arthur’s coconut clapper, you might want to consider becoming a foley artist. Foley artists are the unspoken heroes of the film industry — they are the ones who create sound effects for actions in post-production. Your film might have crystal clear dialogue and intriguing characters, but it is the small sonic brush strokes that really elevates a film from good to great.

Take, for example, this fight scene between The Bride and Gogo Yubari in Quentin Tarantino’s Kill Bill Vol. 1. Although it’s clear that the flail and chain looks like it’s made out of a light material, the sound effects make it seem more threatening than it actually is. Here we can fully appreciate the foley artist’s work — the sound of rattling chains, the heavy swinging, the metallic sound of the metal ball hitting the Bride, the tightening of the chain on her neck, the sound of falling bowling pins when Gogo falls on the table… the list goes on!

A good foley artist is creative with their work, carefully pairing interesting sound effects with scenes while passing them off as ‘natural’. Next time you watch a film, see if you can hear their work shine through!

Ever wonder how films are able to transform their plain studios into otherworldly places? In the past, Hollywood films often employed a matte painter to design the look of the set with a gigantic painted mural. Think of the colourful sets of Wizard of Oz— there are various shots that show Dorothy and her crew amongst the obviously hand-drawn backdrops. Nowadays, this method of set design for a movie definitely wouldn’t be convincing.

For the digital era of green-screens, the matte painter has had to make the move to the computer to do their artistic work. Armed with a tablet and a digital pen instead of a palette and a paintbrush, the digital matte painter is responsible for transporting your favourite characters to places like the Oasis (Ready Player One), Wonderland (Alice in Wonderland), and Middle-Earth (Lord of the Rings) — just to name a few. If you are interested in digital art, this might be the avenue for you. 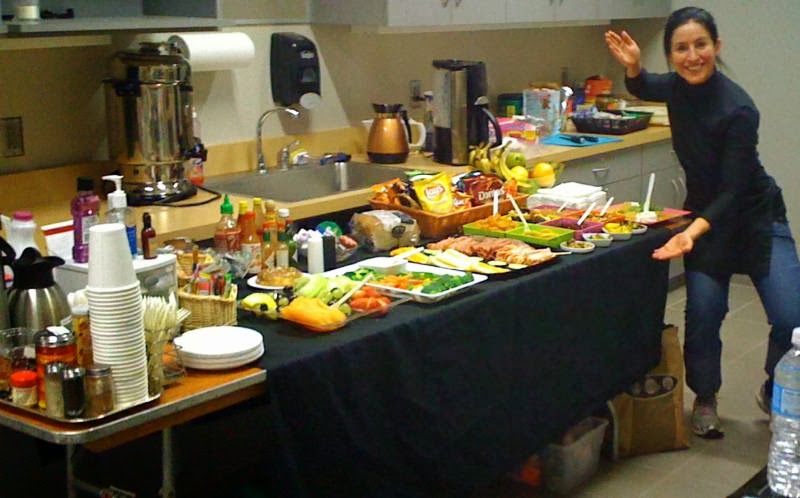 We’ve all been there — it’s only 10am but the dreaded pangs of hunger hit. It’s never fun when you’re starving, and it’s hard to focus on your job when food is the only thing on your mind.

While on set, the film production team might take a long time to start a film shoot and end it, leaving little to no time for crew members to go off and buy their own lunch. Hungry crew members are a major problem that can lead to feisty actors, dehydrated crew members, and cranky directors. Who wants to deal with all of that?

As the clever Snickers slogan goes… ‘You’re not you when you’re hungry’ (Which ironically, might be a good thing for method actors. Everyone else, not so much).

Craft services to the rescue!

Craft services are there to make sure that everybody from the production assistants to the A-list celebrities are well-fed. They’re in charge of everything from organising catering to manually bringing food to the actors and actresses themselves if they can’t make it to the food truck/table/buffet area. On certain occassions, they’re even the ones who have to put up with ridiculous requests from cast members! (Stacy Adler, a craft service worker, claims she has had to provide for a 2 am request for a $1000 bottle of Absolut Vodka, and fulfill a request for 11 raw cashews ONLY, amongst other things.)

If you’re a big foodie who likes to make sure that everyone is well fed, this might be your line of work.

*Note: My grandmother would definitely be a good candidate for the job.

Seeing is believing, and your appearance deeply affects how you act. How are you ever going to feel like a creepy tall monster without looking like one? How will you act like Winston Churchill if you don’t look anything like him?

To do this, they have to make a lifecast of the actor or actress they are working on in order to get the exact dimensions of their head. From there, the prosthetics crew are able to mold life-like pieces that can attach to the actor/actress with pinpoint accuracy. After all, it would be a shame if an artist spent hours on a prosthetic nose just to find out that it slides right off!

Another aspect of the job is creating realistic body doubles of actors. Have you ever wondered how ‘dead bodies’ are able stay so still (and not breathe) in films? Sometimes they aren’t played by real people at all–they’re prosthetics!

In major films, a lot of time goes into making that split-second dead body glamour shot look good, so you can thank your fellow prosthetics artists for that. Detail-oriented. It’s a term that’s been so widely overused in job listings that it’s almost laughable. At one point or another, we’ve all had to use it in our interviews and applications, but for the most part people have substituted it as a word for ‘organised’. In most jobs, if you’re not the most detail-oriented person it won’t matter as long as you’re decently organised.

Not if you want to be a script supervisor!

For a script supervisor, being ‘detail-oriented’ is one of the only real attributes you need to have. Script supervisors watch the film production play out in front of them with hawk-like precision, since they are the ones who make sure that the set, the actors, and the lighting is the same in between takes.

For example, if one of the characters points at something with their left hand but then points with their right on the subsequent take, the script supervisor is there to call it out. If the camera moves to the wrong place from one shot to the other, the supervisor is there to save the day. They’re the editor’s best friend, and it’s thanks to them that films are able to be put together without confusing the viewer.

*Note: This job probably does not apply to films made during the French New Wave.

Perhaps the most underrated and difficult job on set is that of the focus puller. There’s no doubt that you’ve seen this technique used in most films (and to a lesser extent, lots of YouTube videos), but have you ever thought about what goes on behind the shot? When working on a large scale film production, it isn’t as easy as just turning the focus on your DSLR lens — it requires more math and measurements to get correct. This task is usually relegated to the first assistant camera, and it’s more tedious that one might think.

For the big leagues, the focus on film-grade cameras is automatically done as long as the correct numbers are punched in. This means a focus puller has to manually measure the distance between the camera and the subject with a tape measure before every shot. If the actor is moving during the shot, this further complicates things because they now have to time the focus correctly AND get the distance correct. Additional factors can add up and make what looks like a simple shot much more complicated.

What’s worse is the fact that there is no way to fix a fuzzy image in post-production! If the focus puller screws up, they HAVE to reshoot or risk using fuzzy footage in their final film.

Here’s to you, first assistant cameras, for having the ‘hardest job on set’*. You’re a star in our eyes. Do you love travelling, but also like getting paid in the process? Are you a master negotiator? Have you been to a bunch of places and love telling people about your experiences?

If so… location scouting might be the job for you! Just as the job title suggests, location scouts are the people who are in charge of making sure the film production crew has a nice place to film at. Why spend the money and the time to build a set if you can just go to a place with everything that you need? Location scouts have to take pictures, write reports, and make sure that everything at the location is ready for the shoot.

However, it’s not all fun and games for the location scout. Often, the second part of their job is making sure all of the paperwork is in order and that everything has been cleared for the production crew to shoot. Having the correct permissions from the correct people can make or break the production, and it is up to the location scout to make sure everything’s there.

So next time you travel somewhere cool, think about how cool it would be to film there. That’s thinking like a location scout!

Li-Wei Chu is an intern at Raindance London, and is currently studying Cinema and Digital Media at UC Davis and Film Production at Queen Mary, University of London. Originally from Diamond Bar, California, he enjoys volunteering for the Miskatonic Institute and various film festivals around London.

Li-Wei is obsessed with horror films (especially the ones that give him nightmares), films from East Asia, and really any film that makes you go 'hmmmm'. He loves talking about film and indie music with others, so be sure to drop him a line if you want to chat.

He misses sunny weather, but enjoys being in the big city.