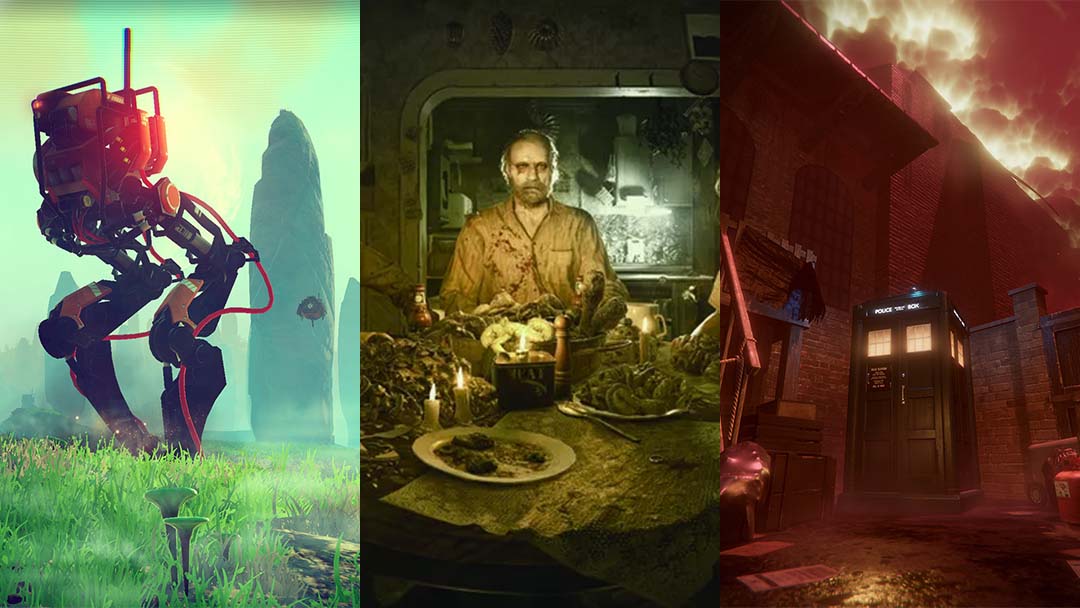 Whether you’re self isolating or social distancing, you’re probably starting to get bored of the four walls in your home. Luckily in this day and age technology allows us to keep in touch with friends and families online, and as well a huge majority of us are able to work from home.

Even more exciting than that is the prospect of being able to explore new worlds (in some of these experiences, quite literally) from the comfort of your own quarantine sofa. Below is a list of seven Virtual Reality experiences available on Steam and/or Playstation VR that can help you to forget about your Coronavirus woes.

First on the list is No Man’s Sky, from indie videogame developer Hello Games. Originally released as a non-Virtual Reality Playstation 4 game, to some controversy, No Man’s Sky allows you to explore an unlimited procedurally generated galaxy (that’s fancy terms for a never-ending gameplay loop). Hello Games have since added update after update expanding the things you can do in the game, including the Beyond patch, which allows the entire game to be played in VR.

This experience was nominated for the Best Immersive Game at the 27th Raindance Film Festival.

Astro Bot: Rescue Mission is a Playstation VR exclusive that puts you in control of the eponymous Astro Bot, as he travels across five planets to save his lost crew. With familiar platforming gameplay, the virtual reality aspects add new twists to the experience, such as needing to lean your head around to complete a puzzle or see the path ahead. At this time of isolation it may lead to people feeling disconnected, but this heartwarming gameplay will remind you that it’s better when we all work together!

3) The Curious Tale of the Stolen Pets

You’ve probably seen countless images being shared on social media of people in lockdown with their animals, so why not spend some time virtually with pets too? The Curious Tale of the Stolen Pets is a family friendly Virtual Reality game on Playstation 4 that has you solving small puzzles to find a group of missing pets. The experience features an interactive tale with many unique worlds to explore.

Right now we’re in the midst of a terrifying time, but Resident Evil 7 will remind you what you should really be scared of: monsters and sadistic murderers. The entire game, and DLC, can be played in a Playstation VR headset but it’s not for the faint of heart! The Resident Evil franchise is known for it’s survival horror, and the seventh entry is no different, seeing you play as Ethan as he explores the treacherous Baker family home looking for his missing wife. The Baker family are hosts to a terrifying virus (no not that one) which is slowly mutating their bodies as well as driving them mad, and it’s your job to stop them.

5) Doctor Who: The Edge of Time

Doctor Who was revived on the BBC 15 years ago this week, and is now available as a VR experience too. Armed with a sonic screwdriver you will travel the universe, solving puzzles and battling classic Doctor Who villains (such as Daleks and the terrifying Weeping Angels) with the assistance of Jodie Whittaker’s 13th Doctor. The game even allows you to pilot the TARDIS itself!

Doctor Who: The Edge of Time was nominated at the 27th Raindance Film Festival for Best Immersive Game, Best UK Experience, Artistic Achievement and Audio Achievement.

You can really put working at home into practice with the aptly named game Job Simulator. Set in a world where all jobs are now being done by robots, you can step into the shoes of shop clerks or chef’s as if the lockdown wasn’t stopping you from going to work. Job Simulator is available on both Steam and Playstation VR so you can check it out no matter your set up.

The final experience on the list premiered at the 26th Raindance Film Festival where it won the Immersive Story Award as well as being nominated for the Grand Jury Prize: Best Immersive Story.

Transference is the first Virtual Reality game from Elijah Wood’s company SpectreVision in partnership with gaming giant Ubisoft. This psychological thriller has you put in a simulation where you unravel the truth behind Raymond and his family. The game was built to bridge the gap between videogames and movies, so it’s a great jumping on point for people new to Virtual Reality gaming.

Hopefully these six experiences will keep you busy until we’re allowed to experience the outside world sans headset. If you’re a Virtual Reality creator yourself why not check out Raindance’s submissions page and submit your experience so that you can show others how you perceive the world!