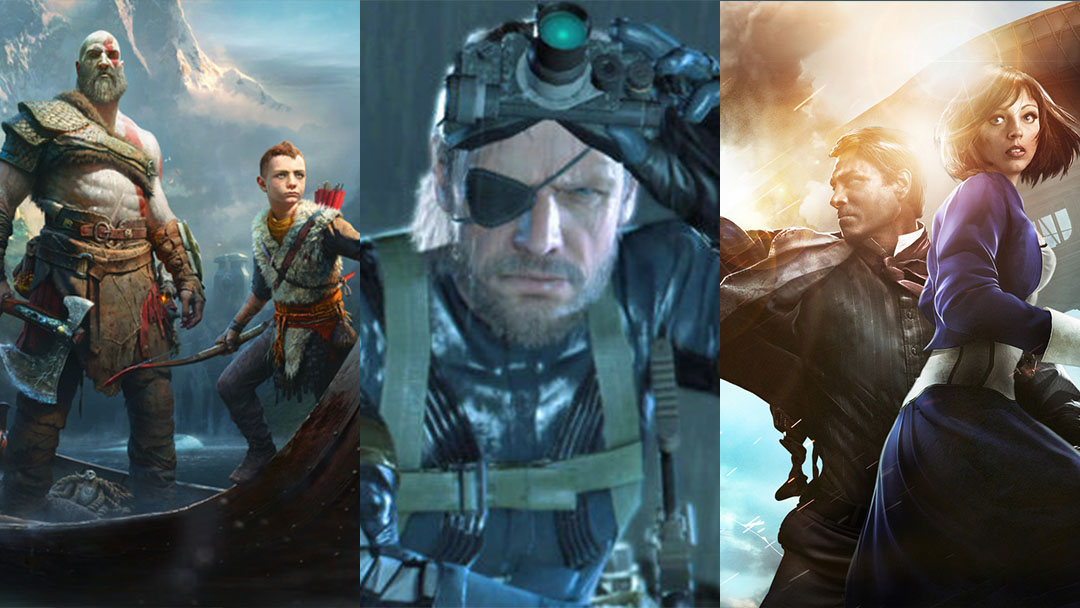 The line between video games and cinema was blurred a long time ago, to the point that many games today are very nearly interactive movies. And of course while nearly all video games are driven by plot, some developers take a much more film-making approach to game design.

In this article, we’re going to look at 6 video games that put together film-worthy plots, cutscenes, and other little details that make for impressive cinematography.

Tom Clancy’s The Division is quite a trip to play through given current global events, as the game is set in a mid-crisis, pandemic-ridden Manhattan. The opening cinematic alone feels a little too close to home, though certainly it’s a fictionalized “worst-case” scenario. It’s kind of like if Tom Clancy wrote the script for Contagion.

The Division is an action-packed game that earned $330 million globally and spawned a sequel, The Division 2, which is also definitely worth playing. The cinematics in the game are live-action, which definitely gives it a movie feel, and Netflix secured the rights to an actual movie adaptation, rumoured to appear some time in 2020.

The Far Cry series of games are loved for their open-world gameplay and luscious scenery, but the cinematics really improved in quality beginning with Far Cry 3. The fourth title in particular had the spectacular Pagan Min main villain, a flamboyant psychopath with a strangely polite and sophisticated demeanor.

I mean literally within the first 5 minutes of meeting Pagan Min, he stabs his own guard to death with a pen, laments getting blood on his shoes, then offers you dinner and hospitality at his mansion. It was reminiscent of that Joe Pesci scene from Casino (there’s an idea – online casino games with storyline and plot).

The God of War franchise has always been known for its impressive cinematography (and frustrating quick time events). The first seven games are heavily based on Greek mythology, although Norse mythology was introduced in the eighth game, bringing the two cultural mythologies together in a Thor-meets-Hercules sort of way.

The entire franchise is a rollercoaster experience full of plot and intrigue, with literally hours and hours of cutscenes – it’s pretty much like playing through a Netflix series.

This survival horror gem was released by Monolith Productions. Condemned draws a lot of inspiration from films like Se7en, Silence of the Lambs, with a bit of CSI (crime scene investigation) thrown in as a game mechanic. You play as a CSI on the trail of a serial killer, in a city that is descending into violent chaos.

The “catch me if you can” pacing of the storyline will keep you hooked until the end, and it’s also genuinely a pretty terrifying game with plenty of jump-scare moments. Unfortunately, the sequel Condemned 2 spirals into all sorts of weird alien conspiracy stuff, but the first Condemned is an absolute classic in video game storytelling, and the survival-horror genre overall.

Who said great games need great graphics? The Last Door is a 2D, point-and-click horror game that was released in eight chapters. It’s very Edgar Allen Poe and H.P. Lovecraft inspired, as it follows the uncovering of terrible occult secrets in the Victorian period.

While the game graphics are pixel-based, the developer did an amazing job with using eerie music and sound effects to create a fairly psychologically disturbing atmosphere, and the plot will definitely draw you into unraveling the overarching mystery.

The Metal Gear franchise spans all the way back to 1987, but Konami’s Metal Gear Solid was a smash-hit on the original Playstation, launching the franchise into new heights. MGS spanned across two discs because of the amount of cinematics, and was critically acclaimed for its art and direction style.

The Metal Gear franchise has kept up this tradition of weaving incredible cinematics into the plot, which is often a mixture of real-life historical events and fictional conspiracy theories.

The Bioshock franchise always had incredible visuals and storyline, but Bioshock Infinite really dialed this up to 11. The game draws heavily on neo-noir, steampunk, and dystopian political themes for its base setting, and adds things like time-travel and space-time continuum theory to the mix, for a stellar cinematographic game experience unlike any other.

The overall plot of Bioshock Infinite has heavy shades of Stephen King’s The Dark Tower, as well as films like Inception, The Manchurian Candidate, Butterfly Effect, and more.

Claire is a passionate storyteller who writes about a wide range of topics - from business and technology to sports and lifestyle. She loves to engage her audience with informative but interesting pieces.