Silence is unnerving, unnatural, and uncomfortable, which means that it’s the perfect tool for a filmmaker to build atmosphere. Whenever a film becomes suspiciously quiet, the viewer immediately knows that something frightening is about to happen. What will it be–a ghost, a loud noise, or even… nothing? This is especially useful for the horror film–the jump scare soon became the trademark of the genre.

Although most films opt for a creepy film score to build up tension (think Psycho or Jaws), a silent soundtrack works just as well, if not better. It’s a low-budget technique that is surprisingly effective since ambient noises don’t require to be scored. Moreover, most people don’t have dramatic strings soundtracking their day-to-day lives.

In celebration of John Krasinski’s well-received horror film A Quiet Place, we’ll be highlighting six of the most memorable movie moments that used silence to keep its viewers on edge. When the only noise you can hear is the sound of your own heart pounding, you’ll know that it works!

Hideo Nakata’s 1998 horror film Ringu is famous nowadays for its introduction of Sadako–the terrifying long-haired ghost girl who crawls out of televisions–to the world. Combined with a minimalist score and atmospheric suspense, Ringu was successful for introducing a new kind of horror to audiences, one that stylistically took over mainstream cinema in the early 2000’s. (American remakes of Ringu, Ju-On: The Grudge, One Missed Call among others flooded the market).

Although it was infamous for its climactic television sequence, Ringu excelled in scaring its audiences through silence during other parts of the film as well. The first 10 minutes of the film works well enough. The implication that something sinister is coming to get Tomoko (Yuko Takeuchi) is enough for the audience to squirm in their seats, even without the use of an underlying film score. Korean films are often known for their absurdly bloody thrillers (thank Park Chan-Wook and his contemporaries for that distinction), but their horror films are criminally overlooked. Tale of Two Sisters, a 2003 Korean horror film by Kim Jee-woon, is a spiritual response to Ringu. It adapts the same type of ghost and chilling atmosphere that Nakata popularised, but adds colour, gore, and even a psychological twist to it.

The highlight of the film occurs in a particularly non-descript moment in the story, when Eun-joo (Yum Jung-ah) thinks she hears something in the sink and goes to investigate. The scary part? The ghost is there (and the audience knows this)!

Kim’s combination of dramatic irony and the suspiciously quiet atmosphere is unbearable as Eun-joo moves as slow as possible to draw out the tension of the scene. Is the ghost going to pop out? The kitchen sequence depicts one of those rare moments in film where you just want the jump-scare to happen, just so the suspense can finally be over. 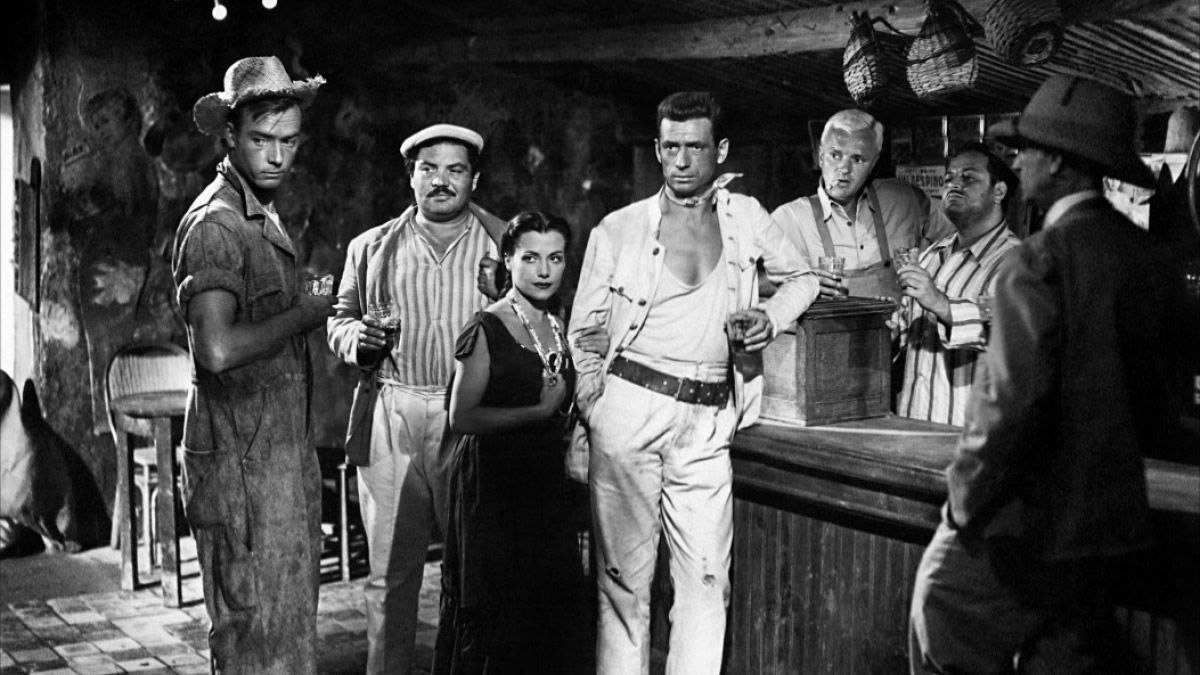 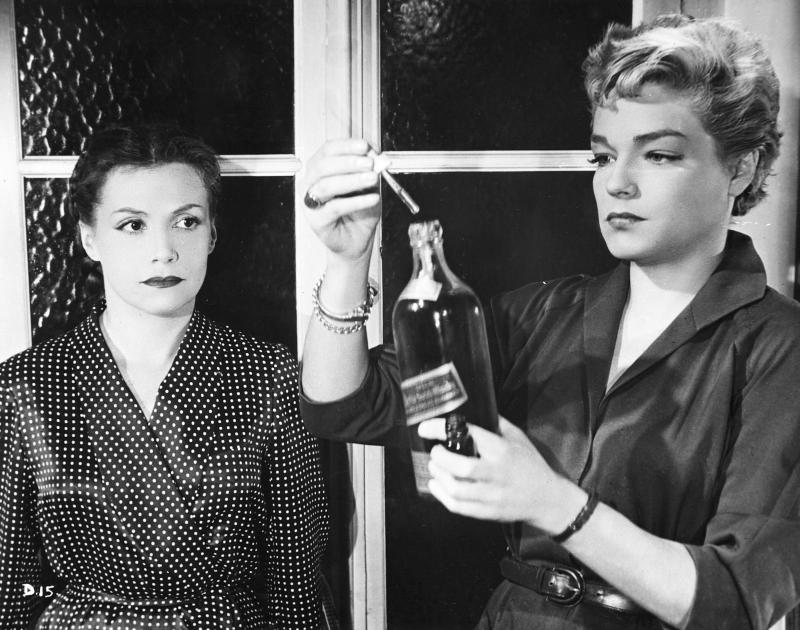 Watch: Any scenes involving nitroglycerin in Wages of Fear, or The Final Sequence in Les Diaboliques

French director Henri-Georges Clouzot was an expert at crafting films with nail-biting suspense. He was often compared to Hitchcock in terms of style, despite the fact that he made more mysteries than thrillers. Perhaps the films he was best known for, Wages of Fear and the subsequent Les Diaboliques were key to such comparisons. Both create an atmospheres of stomach-twisting dread throughout, with little more than ambient noises and clever editing to build suspense.

The premise of Wages of Fear itself is already anxiety-inducing–a number of poor workers are tasked to move a huge shipment of highly explosive nitroglycerin in rickety trucks to make some money. Even the slightest mistake (and there are plenty of close calls!) could result in a giant explosion. On the other hand, Les Diaboliques is about two women who plan to exact revenge on an abusive man– but things don’t go quite as planned. The climax of the film is only paired with ambient noise, contrasting to the terrors on-screen (you’ll have to watch the film yourself to find out what I mean), but it’s extremely effective in creating that well-paced, final scare.

Watch: The whole thing–the film is pretty much zombie hide-and-seek.

Sam Raimi’s 1981 cult classic Evil Dead managed to exist as a film that is both horrifying and horrifyingly campy. The film was excessively gory for most films of the time (e.g. who knew that getting stabbed by a pencil would produce so much blood?), and Raimi’s hybrid zombie-demon monsters became notorious for absolutely refusing to die. As a result, Evil Dead was chock-full of surprises because it is impossible to tell what monsters are still a threat. Combine this with the the film’s mostly silent soundtrack and you have an entire film dedicated to jump scares.

Watch: Scenes with the Blind Man

Perhaps the most recent predecessor to A Quiet Place that played with silence was Don’t Breathe, Fede Álvarez’s 2016 film about home intruders who break into a blind man’s home in an attempt to rob him. The robbers (our protagonists) soon find that the blind man is a much more fearsome opponent than they thought.

Although it would be assumed that most of the film would be silent because of the protagonists’ advantage of hiding in plain sight, the film’s score and its characters are surprisingly noisy. Each character talks (a lot) even when the Blind Man is close-by, and from three-quarters of the film onwards the protagonists forget how to be quiet. The trailer promises some scary silent moments, but there is surprisingly little of it shown in the actual film. When Álvarez does use silence to build tension, it’s terrifying–so it’s a shame that it isn’t used more often.

Li-Wei Chu is an intern at Raindance London, and is currently studying Cinema and Digital Media at UC Davis and Film Production at Queen Mary, University of London. Originally from Diamond Bar, California, he enjoys volunteering for the Miskatonic Institute and various film festivals around London.

Li-Wei is obsessed with horror films (especially the ones that give him nightmares), films from East Asia, and really any film that makes you go 'hmmmm'. He loves talking about film and indie music with others, so be sure to drop him a line if you want to chat.

He misses sunny weather, but enjoys being in the big city.