3 Formatting Pro Tips For Breaking Down A Screenplay 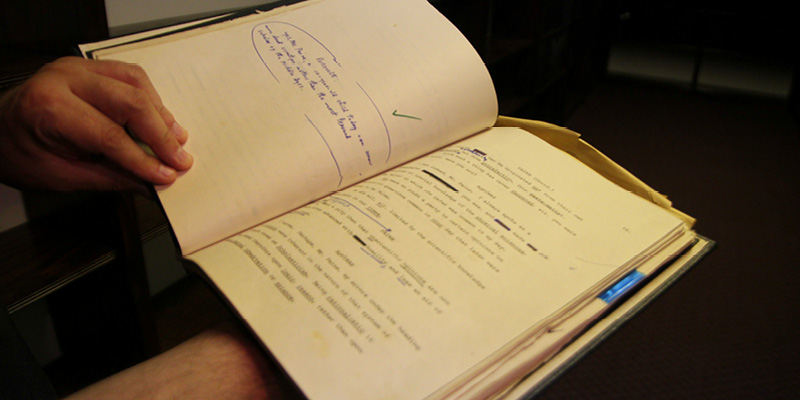 When screenwriters crank out drafts that were due last week, they aren’t thinking about the 1st AD and the fact that the very first thing a filmmaker needs is a script breakdown.

Focused on story, characters, and things that look cool, screenwriters leave much to do before you can even break a screenplay into elements and production reports.

Before you start a break down, do these three things to ensure you don’t have to do your breakdown all over again.

Before you break down your screenplay into elements, make sure the slug lines all have an INT. or EXT., the first appearance of characters is CAPITALIZED, and everything’s spelt correctly.

Since most breakdown software scans every word, a misspelt character name will be tagged as two different characters instead of one.

Look for invisible elements in your script breakdown

Just because characters aren’t mentioned, doesn’t mean they’re in the script. As 1st AD, it’s your job to read between the lines and figure out what carries over from scene to scene.

Not necessarily a screenwriter’s mistake, invisible elements are often found in every scene.

If a character has her arm cut off, you’re going to need make-up and/or VFX for every scene afterwards. A character’s costume includes a whip, that’s going to carry over too.

It’s often better to identify as many ‘invisible elements’ as possible, and then go item by item with your producer to see what you don’t need and what the budget can allow for.

What shots have you thought of when writing yoyur script. Crane shots? Slow-mo? IMAX cameras? Excluding these details makes a script breakdown a lot more difficult.

More often than not, you won’t find them in a writer’s draft. Before marking up anything, read through it with your director and producer.

If you’ve already created a shot list or storyboard, marking up special equipment is a matter of finding the corresponding scene and adding an element. When one suggestion from the screenwriter can mean hundreds of hours of manpower from production, knowing when to tag special equipment is sort of important.