Raindance films are dances of protest and our short films and documentaries are poems of insurrection. Raindance films edify dissent. Raindance celebrates filmmakers who challenge society, who celebrate freedom, and embrace diversity, artists who revolt against the forces that validate oppression.

This year Raindance stood up for diversity and representation on the big screen more than ever. Among this year’s films, Raindance stood up for the vulnerable, the marginalised, the outsiders, the queers, the rebels, the dreamers, the poets, the innovators, the imaginative.
If you feel the same way, then you can’t be passive or silent, and neither can we.

Raindance welcomed Chile as our guest country with a hand-picked selection of films, events, and special guests. In addition, we had an industry focus on cutting-edge issues facing contemporary filmmakers. For the third year running, we saluted the Orient with China Day. We looked beyond the horizon and explored Virtual Reality in the Gallery of Immersive Stories. And for the fifth year running we brought you Web Fest.

Our challenge is your challenge: take the leap, take the chance.We look forward to welcoming you back in 2019.

Sponsored by Lumix and The Dorchester Hotel

“Raindance has been disrupting the status quo since day dot, championing a future generation of strange and wonderful filmmakers for 26 years now – a job well done. The film industry needs the creativity and controversy Raindance provides. So it goes without saying, I’m incredibly proud to be the recipient of The Auteur Award – long may we continue!”

The event was preceded by the Programme Launch at Vue West End, the in Leicester Square. Raindance Film Festival revealed the line-up for its 2018 edition, with over 80 features and 99 shorts screening at the festival.

The festival received a record 8,929 submissions from 118 countries.

In partnership with Lumix

The 26th Raindance Film Festival, in partnership with Lumix, launched in London with the exclusive UK premiere of PRINCESITA, followed by a Q&A with Director Marialy Rivas hosted by The Telegraph.This took place at the Vue West End, in Leicester Square.

The event was celebrated in the true spirit of Chile, with delicious Pisco cocktails, supported by the Department of Culture of the Ministry of Foreign Affairs on Chile (DIRAC), the Embassy of Chile in the UK, and the Cervantes Institute.

The premiere was followed by after party at the Bloomsbury Ballroom, celebrating independent cinema with a live performance by Guilty Pleasures and a selection of their all-time hits.

“The Raindance Film Festival is an essential partnership to Telegraph Film. The festival brings cutting edge, independent cinema and a young, cool, urban audience to the Telegraph.We have had a successful 3 year partnership and are very much looking forward to our 4th year. The Raindance team are the best partners to work with. Creative and passionate… a brilliant win/win for all.”

In Partnership with Filmarket Hub

Another special event worthy of mention is the London TV Pitchbox. The first ever UK edition of Filmarket Hub’s pitching event was a great success, including high profile guests from Channel 4, Entertainment One, Lionsgate, Sky, Red Arrow Studios Intl., The Fyzz, UKTV and Virgin Media, and a case study of PEAKY BLINDERS by executive producer Jamie Glazebrook (left photo below).

Raindance welcomed Chile as the guest of honour for its 2018 Film Festival.

The Guest Country Forum hosted a panel discussion with experts from the Chilean film industry,discussing co-production, collaboration and distribution throughout the Chilean marketplace. There was also a special presentation case study from Chilean immersive VR creators, MercedProductora.

As a special event for all Chile Day Guests, Gonzalo Maza, writer of Academy Award-winning film A Fantastic Woman, hosted his own version of the Raindance’s Anatomy of A Reel, a detailed script-to-scene breakdown of one of the film’s most iconic scenes.

The Guest Country programme is run in collaboration with the Department of Culture of the Ministry of Foreign Affairs on Chile (DIRAC) and the Embassy of Chile in the UK.

In Partnership with Dreamax – Raindance China

The event offered a packed day of panel discussions on how filmmakers can access the Chinese market and how Chinese filmmakers can meet and work with their European partners, as well as discussions on how to work with talent. China Day accommodated an evening with networking drinks at private members club Century Club and an exclusive film screening for attendees at Vue Piccadilly.

“We would like to further develop our film industry by reaching out through platforms like Raindance Film Festival.”

In partnership with VIVE

The Raindance Gallery of Immersive Stories & Interactive Worlds, in partnership with VIVE, showcased this year’s selection of 33 Immersive experiences, 17 of which had their world premiere at Raindance. The gallery, hosted at OXO2 in London’s Southbank, included interactive VR experiences, multi-person VR experiences, VR animations and curated mobile playlists showcasing 360° films.

Nominees came together to discuss their work at the Raindance Immersive Stories Summit, the annual symposium of eye-opening talks and panel discussions, shining the spotlight on leading creators and new voices from Santiago de Chile, Los Angeles, San Francisco, Beijing, Berlin and more.

In Partnership with Gay Times and The Mayfair Hotel

At Raindance, we are all about celebrating queer culture. This year, Raindance partnered up with Gay Times and the Mayfair Hotel to celebrate the life of British music icon George Michael with a screening of documentary GEORGE MICHAEL: FREEDOM – DIRECTOR’S CUTco-directed by the artist himself and his close friend David Austin.

There was also a London Public Premiere of the film on Friday 5th October at Vue Piccadilly with a Q&A with David Austin.

In Partnership with Vice Film School and Lumix

We hosted the first ever Raindance Emerging Filmmakers’ Day offering a full day of free events for young filmmakers hungry for that insider knowledge on how films get made. Events included a VICE special screening of THE CODE OF SILENCE + Q&A with Producers William Fairburn & Josh Osborne (right photo below), Raindance’s signature 99 Minute Film School with Founder Elliot Grove, and a special guest speaker from the Student Academy Awards.

We were also exalted to welcome award-nominated actress and producer Amanda Seyfried (left photo below) as our secret guest speaker! She discussed her short film HOLY MOSES screened at the festival in a panel discussion with director Eli Powers, producer Thaddeus Bouska and cinematographer Aidan Sheldon. The panel was hosted by award-nominated director Ol Parker (Mamma Mia! Here WeGo Again).

Developed by FilmBath (previously Bath Film Festival) and now expanding across the UK, the F-Rating is a new film rating which highlights films made by and featuring women.

This year, we adopted the F-Rating system because we are committed to all aspects of inclusion both in front of the screen and behind the camera. We were the first top 50 Film Festival to do so, and we thus joined other F-Rating organisations such as The Barbican and the British Independent Film Awards. We aim to support and promote women and redress the imbalance in the film industry.

More than 60 titles in the programme, ranging from shorts and documentaries to full-length narrative features, have been given the rating. The F is given to any film written by a woman or directed by a woman. Any film that meets both criteria and features women in significant on-screen roles is awarded a Triple F-Rating.

Titles deserving of this so-called “gold standard” include opening night film and Film of the Festival Winner PRINCESITA, a Chilean drama about a girl raised in a cult. Others included GWENDOLYN, a documentary about an Austrian weightlifter in her sixties; the French drama WHEN MARGAUX MEETS MARGAUX and DYKES, CAMERA, ACTION!, a history of lesbian cinema from the ’80s to the present.

Raindance was pleased to partner with Greencopper this year in order to develop a cutting edge film festival app which is an important part of Raindance’s continuing effort to cut down on paper waste. We are proud of being the first film festival that Greencopper has collaborated with and have decided to continue our work with them in order to bring our community of filmmakers and members another innovative and easy way to be informed about our ongoing schedule of courses and events. 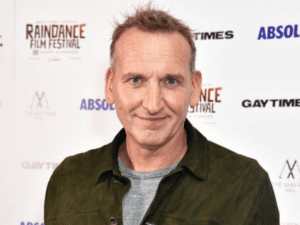 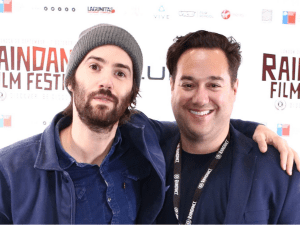